“No matter our field, we all have the responsibility to be ethical and holistic in our efforts, especially in a world as integrated as ours. Higher education plays a critical role in an individual’s development. I would say choosing a field is secondary to learning how to think first. Learning what to think by acquiring a specific knowledge set can come after, but the creation of oneself through opportunities for leadership, critical thinking, and engagement provides the building blocks necessary to forge our paths in life.” 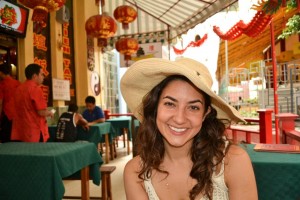 Did you encourage your sister Tess to become involved in Florida State University’s Center for Global Engagement (CGE)? If so, explain why you thought this was a worthy activity for involvement as a student.

I believe my encouragement came by way of inviting Tess to attend events and programming while I was working at the Globe (Center for Global Engagement). For example, she stayed with me a few days over the two summers I worked as a peer mentor for FSU’s exchange programs with universities in China, Japan, and South Korea and was able to experience first-hand how interesting working with international students can be.

How did your majors in religion and international affairs, as well as your experiences in global engagement influence your worldview as an undergraduate?

My studies in religion helped me to grow intellectually in a way that I could not have imagined when I signed up for my first course, only with the intent to fulfill a social sciences requirement. Through my studies in religion, I learned that intellectual history and religious history are intertwined. My religion courses complemented those in international relations well because understanding a nation’s religion is essential for understanding its political reality. I felt so fulfilled by my courses in the Religion Department that I added it as a degree.My international experiences at FSU, including participating in Beyond Borders Germany, traveling to Panama, studying German), and interning with the State Department in Embassy Vienna) made me realize that I enjoyed learning about the cultures, systems, and languages of other countries, and moreover, that I enjoy representing the U.S. With guidance from FSU’s Office of National Fellowship, I was fortunate to receive the Pickering Fellowship, and from there, I began my concrete path toward joining the U.S. Foreign Service.

(a) Embassy Vienna:My first day of the internship was President Obama’s inauguration into his first term. Just two months before, I had voted in my first presidential election—back in Tallahassee. That day, January 19, 2009, the embassy hosted a representational reception with two purposes: to bid farewell to the ambassador, a political appointee of the previous administration, and to view the inauguration ceremony of the newly-elected president. During President Obama’s speech, I noticed Austrian and German embassy contacts glued to the screen, their eyes glistening with small tears. At first I was confused as to why they would feel such emotion for a country other than their own, but I quickly realized the great extent to which the international community looks to the U.S. for inspiration and guidance. It was a good day.Other lasting memories include meeting Iranian religious minorities who hoped to start new lives in the U.S. through the State Department’s refugee resettlement program, my rotation at our United Nations Vienna mission, and attending the International Atomic Energy Agency’s annual ball at the Hofburg palace.

(b) Embassy Bangkok:I will never forget visiting two refugee camps on the Thai-Burma border. For 20+ years, Burmese refugees have been settling in Thailand camps. The protracted situation, however, makes these “camps” more like villages. Although the camps have their own governing structures, businesses, schools, and multiple generations, the Thai government prohibits permanent structures and has yet to grant a legal status to tens of thousands of Burmese refugees within its borders. I went with my coworkers in the embassy’s Refugee Affairs Section to monitor and evaluate the NGOs contracted by the U.S. Department of State to run assistance and resettlement programs.

(c) Refugee Admissions at State Department:The Refugee Processing Center: This is where the approximate 82,000 refugees who are resettled to the U.S. every year are assigned their destination in the U.S. The resettlement organizations that assist the refugees with this process are located throughout the country. A representative from these organizations meets at the RPC every week to determine who will be resettled where. I attended a few times and witnessed what is a complicated and fascinating process.Juggling the political with the possible: Congressional testimonies. I remember attending a Congressional testimony by the assistant secretary of the State Department’s Bureau of Population, Refugees, and Migration. Congress was asking why Iraqis who had assisted the U.S. and thus qualified a special immigrant visa to relocate to the U.S. weren’t getting process through the refugee resettlement program quickly enough, a clear political priority. I learned about the relationship between Congress and the State Department, as well as the challenges of juggling priorities of the administration.

(d) UN General Assembly: President Obama came to speak twice during my internship. Again, the way the international community looked to him for guidance was impressed upon me. The respect he commanded from the standing-room only General Assembly hall was unforgettable and unmatched by any other leader during the entire session.I witnessed first-hand opposition against a U.S. policy by nearly every single country in the international community when the entire GA voted in favor of condemning the U.S.’s embargo on Cuba, other than Israel and the U.S. itself, of course. The body has done this as a matter of course every year for the last 20 years. It is largely symbolic, but it still stung. That was a rough day, but I learned that we must consider (though not necessarily bend to it) the international community’s critiques of our policies.

(e) Clinton Global Initiative (GCI): President Clinton, known for his communication skills, came to speak to us interns one day. Though he shared many important lessons, a key takeaway was the important role the private sector can and should play in solving challenges facing communities and nations. This message would resonate throughout my internship at CGI, the arm of the Clinton Foundation focused on matching corporations with development projects. 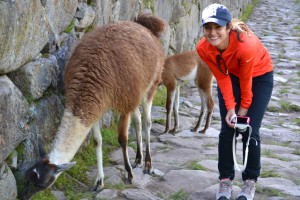 Some students may be unsure about what paths they want to take and the kinds of lives they want to lead. What about you? Do you have very specific goals and ideals for which you are striving? If so, how are you working toward those goals? If not, please explain.

The Foreign Service is a natural career path for me because I see it to be the crossroads of policy-making, representing the U.S., and learning about other countries, all of which I consider my goals.

Some critics think that students should stick to work that relates only to their academic education. In other words, it is the not the business of higher education to teach students to be good citizens, virtuous people, or caring souls, but rather knowledgeable and skillful in their fields. How would you respond to these comments?

I categorically reject that thinking. No matter our field, we all have the responsibility to be ethical and holistic in our efforts, especially in a world as integrated as ours. Higher education plays a critical role in an individual’s development. I would say choosing a field is secondary to learning how to think first. Learning what to think by acquiring a specific knowledge set can come after, but the creation of oneself through opportunities for leadership, critical thinking, and engagement provides the building blocks necessary to forge our paths in life.

Have you taken any ethics courses relating to any of your majors/minors? How important do you think ethical decision-making is in your fields of study?

Yes, I took an ethics course in the Religion Department. Ethical decision-making is among the most important aspects in public service. Public servants are entrusted by their fellow citizens to make ethical decisions in almost everything, from the way we spend time and money to the words we use. Everything is seen as a reflection of the U.S. and thus good judgment is a critical quality. It is for these reasons that the Foreign Service prioritizes sharp judgment skills in its recruitment process, particularly as it is a quality less easily taught, but developed over time. This is why, referring to the last question, I believe that experiences in higher education, outside of one’s studies, are essential.

In college life today students are encouraged to join many activities and choose options at a time of considerable personal freedom. Do you think that a college can encourage students too much to be involved in co-curricular activities? Why or why not?

Life is about balance. I would say that there is a healthy balance that should be struck with co-curricular activities and one’s studies.

Should there be more efforts in connecting student activities to their academic experiences? Why or why not? How can global engagement help to make those connections?

Yes. Experiences that help a student see how their studies can be applied in a practical sense are helpful in strengthening their understanding of the field. This is useful to know what specific career options might be and also for the student to know if they feel suited for that field.

What have you observed in your own college experience that bring out the positive influences of peer culture on students’ academic success and well-being?

Something unique to FSU is the culture of “creating” oneself. Through the invaluable support students receive from the institution, I would say there is now a culture among the student body of taking initiative and being engaged in the campus, community, and world. Different bodies have made great efforts to reinforce this culture by highlighting student efforts to connect their studies with engagement.