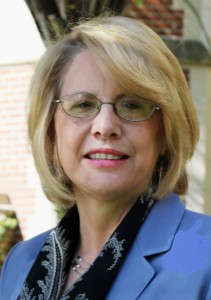 Dr. Pam Crosby came to Florida State after retiring from a high school English teaching career in Colorado. She and her husband moved to Tallahassee for retirement because her husband had roots in the area. Once in Tallahassee, she decided to work on her Ph. D. for fun, which illustrates her passion for education. She recalled her great fortune of meeting Dr. Jon Dalton, Co-Editor of the Journal of College and Character(JCC), which led to her affiliation with the journal. Through her work with Dr. Dalton, she secured a graduate assistantship as an associate editor for the journal, and soon after was promoted to co-editor. Through a Templeton Foundation grant, she and Dr. Dalton were able to revive the Character Clearinghouse, which remained dormant after the National Association of Student Affairs Administrators on Higher Education (NASPA) assumed the portfolio of the JCC. When asked to manage the Character Clearinghouse, she enthusiastically replied, “That will be fun!” and assumed her role as editor in 2009.

With little previous website management experience, Dr. Crosby took it upon herself to learn the new skills for operating a website and created much of what theCharacter Clearinghouse is today. Until recently, she was the sole person overseeing the project, and many times she worked well into the holidays in order to make deadlines. She, however, never viewed working on the publication as work but always considered it a “hobby.” Her most valued undertaking may have been interviewing student affairs professionals:

When you look at programs and you look at the character initiatives, you look at the people and the leaders behind them. That’s why I like to interview people. The journal [of College and Character] looked at the research, but we didn’t go into depth about authors’ interest in what they did and how it translated into programs.

Many of her day-to-day pleasures were related to tasks the Character Clearinghouse required, such as interviewing student affairs professionals (including presidents of universities), learning about various programs, describing best practices, and writing book reviews. Dr. Crosby thrived on the responsibilities associated with the Character Clearinghouse, expressing, “Some people when they retire, like to network with women’s clubs or play golf, but I enjoyed working with the website.”

By communicating with vice presidents of student affairs at other institutions, she created opportunities for hardworking staff members who might not otherwise have gained deserved recognition, to be featured on the Character Clearinghouse. Dr. Crosby found reward in creating these opportunities recalling, “I have found that after I [recognized unsung student affairs professionals,] I started seeing them achieve many more successes. It gives people a lot of confidence when their program is highlighted.”

Many professionals who have worked with her value the dedication and commitment evident in her work. Dr. Dalton reflected upon her efforts by saying:

She took this project and really developed it into a significant national resource. It took a lot of pride, energy, and dedication… It is very much her creation that reflects the hard work that she really put into over the years. She does not do things halfheartedly.

Pam wrote an article after an interview with Parker Palmer, one of the most wise and thoughtful people in education…a very wellknown and highly regarded speaker and thinker. When Pam sent her article about him for his approval, any corrections, or editing, he wrote back that it was the first time he has never suggested any edits. She is a beautiful writer.

Dr. Crosby not only produced high quality works, but she also served as a mentor and inspiration to many. Pradiip Alvarez, a returning Contributing Editor for the Character Clearinghouse, describes Dr. Crosby as:

impressive in how well she is able to investigate involvement on and off campus. Her questions were extremely well written and they made me reflect on many aspects of my FSU career that I had not thought about… Dr. Crosby inspired me to share my story more often and continue encouraging others to be leaders and follow their passions. She definitely left an everlasting impact on me.

Dr. Crosby now works exclusively with the Journal of College and Character, still enjoying what she does. As the Character Clearinghouse continues without Dr. Crosby, we hope to uphold her legacy of quality in, pride of, and dedication to the work published throughout the website. As the new editor and associate editor, as well as her successors, we would like to thank her for her devotion, commitment, and drive in not only reviving the Character Clearinghouse, but also allowing it to flourish into what it is today. It is our hope that we sustain the image and reputation she earned for the Character Clearinghouse.